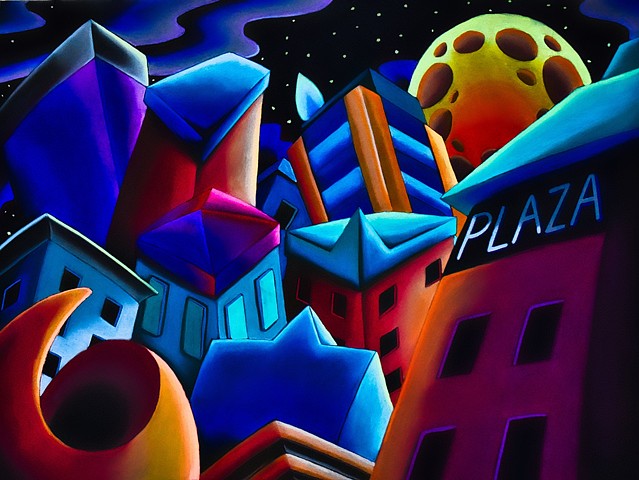 I was researching Art Movements & styles throughout history to try my hand at a different style of art. Came across German Expressionism & its influence in the current world. German Expressionism was a movement from the 1920’s founded in Europe that depicted reality that was widely distorted for emotional effect. There were obvious influences in film such as The Cabinet of Dr. Caligari, but there was so much more from current video & film after further research. Rob Zombie based his video, Living Dead Girl, on the previously mentioned film, Dr. Caligari, but also, many of Tim Burton’s films use a cartoon version of that German Expressionism in architecture & style. I had seen an exhibit in Las Vegas on Tim Burton concept art & fell in love with his pastels. So in the end, I used this research to illustrate an El Paso Skyline in that German Expressionism style.