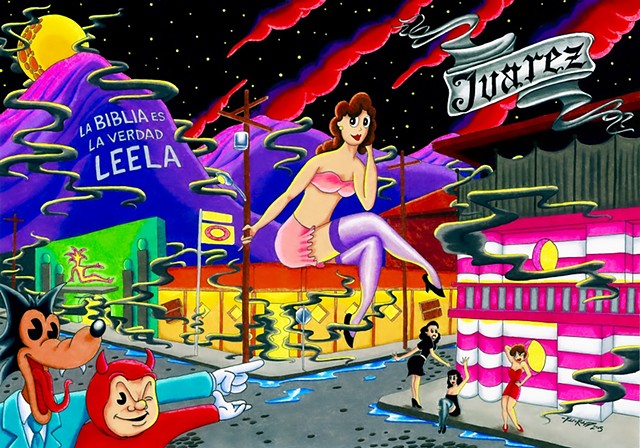 Not far from the strip of nightclubs that made Ciudad Juarez a “Go To” in the entertainment scene, there was a slew of strip clubs/brothels that were just as frequented though not as talked about. I always wondered why there was so much history on the “Old West” brothels of the Southwest, yet nothing on the more current red light district known as "La Mariscal" of our area. So I illustrated a street scene of the discovery and curiousity of these forgotten clubs.